Saludos,
Greetings, very fine VFers. The Vega Fina Nicaragua cigar is a Nicaraguan puro using a Habana 2000 wrapper from Jalapa, a seco leaf from Jalapa for the binder, and a filler blend of ligero and seco from Jalapa with viso from Estelí.
Until the next post, siempre fumando,
Habana Port 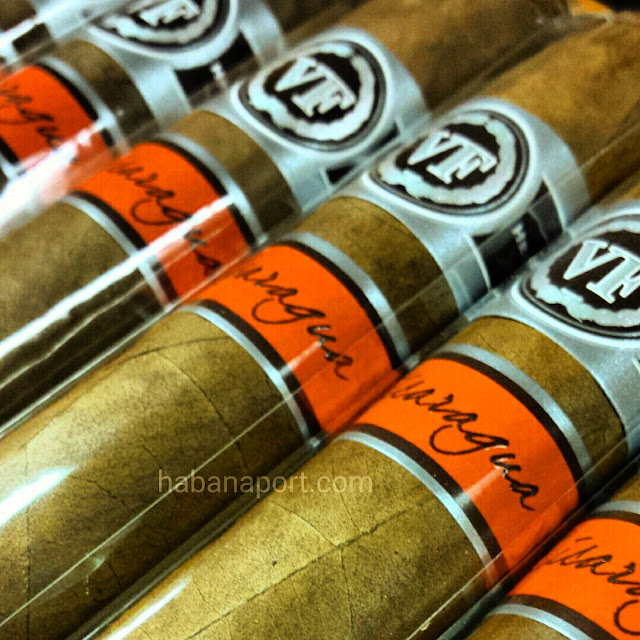 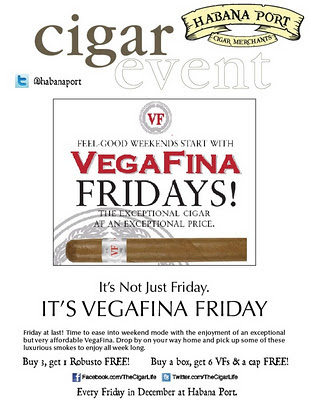 Greetings, devotee of Vega Fina. Today we begin a month-long campaign that will occur every Friday: Vega Fina Fridays!

So how do you benefit? On every Friday in December you get 1 Vega Fina Robusto FREE with any 3 Vega Fina cigars you purchase. That’s a 25% savings! Or if you purchase a box, you get your 10% box discount plus 6 Vega Fina Robustos (a $30 value) and an exclusive Vega Fina cap. In addition, anyone who comes in and wants their picture taken can be entered in The Cigar Life‘s Vega Fina photo contest in which they have a chance to win a free box of Vega Finas. Sounds good to us!

So start your weekends right and stop into Habana Port every Friday in December to take advantage of these deals.

Cigar Information:
These extraordinary yet affordable cigars have become one of the most sought-after cigars in Europe. Now you can enjoy these cigars without a passport. Handcrafted at the famous Tabacalera de Garcia factory, VegaFina cigars boast a luxurious, hand-selected Ecuadorian Connecticut Shade wrapper and a flavorful combination of Dominican, Colombian and Honduran long filler tobaccos with a Indonesian binder. VegaFina is a distinctly smooth, aromatic smoke with medium body that is considered by many to be a true “connoisseur’s smoke.” 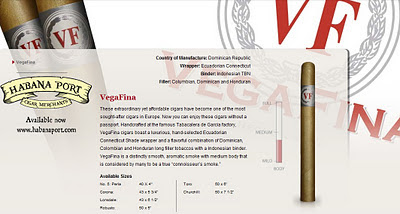