Saludos,
Greetings, Trini titans. The Trinidad Lost Blends cigar was aged in vintage cedar rooms in the Dominican Republic and is available in a Salomon (5.75×52). Wrapper dubbed a Java Island Shade Grown.
Until the next post, siempre fumando,
Habana Port 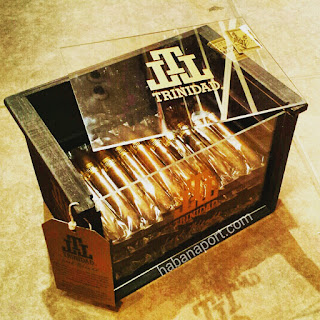