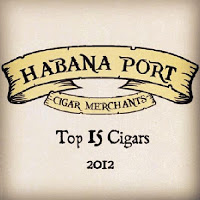 Saludos,
Greetings, aficionados de la hoja! Just like in 2011, we have smoked some incredible cigars in 2012. The premium cigar industry continues to produce some very nice grade of tobacco and blends. Dare we say this past year marked another notch in this present-day renaissance? Perhaps. But we know for sure that this year saw legendary cigars. What was very common on this year’s Top 15 List was the plethora of titanic formats that captured spots. Again, the trend is strong for 60+ rgs and/or thick “A” vitolas.  The JFR 770 L.E. is a great example. This monster is 7 inches by a 70 rg. But sales of this cigar have been extremely robust. The inexpensive price point doesn’t hurt ($8.69 a piece) but regardless, these huge-a cigars have been leading the way in our humidor.
Once more, it was a challenge for our staff at Habana Port to organize this year’s Top 15 Cigar Rankings. We smoked and smoked and finally ranked the top 15 fine cigars that are available in our humidor (with the exception of the Four Kicks Mule Kick and Viaje 5th Anniversary which were one-time runs). We also based our decisions according to what our customers bought and enjoyed the most so this list is not entirely what our staff personally smoked and loved. Take a look at the list and see what you think. We hope you agree with our choices.
No. 1 – San Lotano Oval Robusto 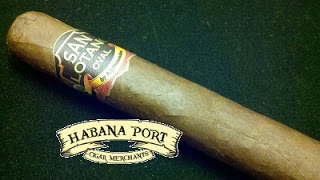 Dimensions:  5 1/2 x 54rg
Country of Origin: Nicaragua
Wrapper: Habano 2000 (4+ years)
When we first brought this cigar in January 2012 into our humidor, we immediately saw this cigar take off.  In all of our years in the industry, we have never seen a new cigar line turn over as fast this one. Our smokers would buy a single and then quickly return to buy boxes. Perhaps it is the very smooth, light coffee and Cubanesque profile that does it. Or maybe it is the unique oval-press shape and feel of the cigar. Whatever the appeal, we love this vitola and so did our customers. We knew this cigar was going to take off when we first smoked a sample in September 2011. We thought we were smoking a Cuban cigar. So who cares about the embargo? Try an Oval and get a better value for the experience.
No. 2 – Buenaventura BV500 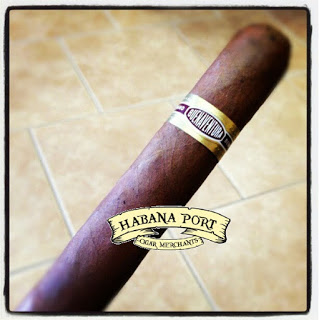 Dimensions:  5 1/4 x 50rg
Country of Origin: Nicaragua
Wrapper: Nicaragua
Good fortune. The English translation of this cigar brand justifies its nomenclature. The newest brand from the hot boutique cigar company, Curivari, has also been one of our fastest turnovers in 2012.  The owner wanted the smoker to have the experience of being inside a bakery when lighting up this beauty. So they state the liga has bready, wheaty notes. To us it had an earthier note, but it was tasty nevertheless. We also thought it was brilliant of Curivari packing these cigars in 10-count boxes (like he has been doing with all of the cigars in his portfolio). It is easier and cheaper for the consumer to “purchase a box” when it is 10-count. And that is what we have been seeing with the Buenaventuras especially since they are in the $5 per stick range.
No. 3 – J. Fuego Edicion de Familia 2012 Belicoso Fino 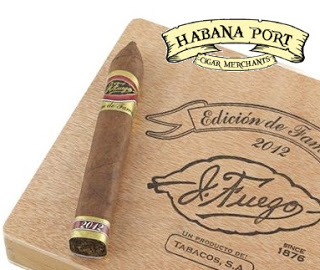 What will be Jesus Fuego’s ultra-premium cigar line annually, the Edicion de Familia delivers.  2012 was his first offering of this line and Habana Port was one of 150 retailers to have received an allocation of this cigar. The tobacco in this blend was aged for many years (the wrapper is the youngest at 10 years). Furthermore, after the cigars were rolled, Fuego aged them for six months in the aging rooms and then he boxed the cigars and aged them another 6 months. This is unusual in the business, so the effect is that the cigar is extremely smooth and has a dark cocoa and earth component. If you like the Padron 1964 Annis, then Fuego’s Family Edition is up your alley, but hurry…only 5 10-count boxes of this facing (and 2 other vitolas) were allocated to every retailer. 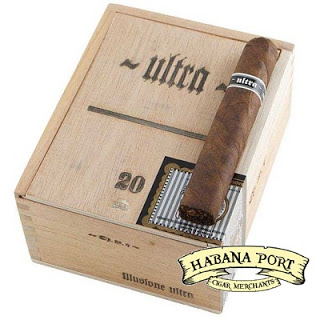 Dimensions:  4 3/4 x 48rg
Country of Origin: Honduras
Wrapper: Nicaragua
Our number 4 cigar comes from Illusione. We loved this rich and bold cigar. The full-bodied lovers will too. Here are the details according to brand owner, Dion Giolito:

Illusione ULTRA is a true connoisseur’s blend. Decadent and rich, this cigar is rolled and then “pressed” overnight to achieve its tactile rectangular shape. Bold in looks, taste profile and approach, illusione ULTRA delivers a thick, rich smoke with notes of caramelized sugar, black licorice and Amaro. This is achieved with a good amount of spicy ligero leaves from the Jalapa and Esteli regions. Illusione ULTRA is the truest example of a modern day Nicaraguan Puro. 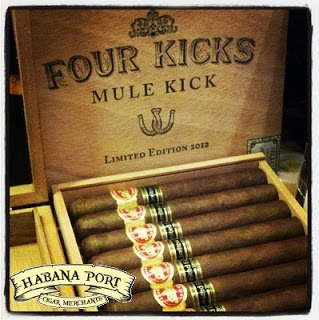 The Crowned Heads is currently the diamond standard of boutique cigar fans. Habana Port was the first tobacconist to carry this company’s line of cigars in the Greater New Orleans area and their cigars have been doing well ever since. When Jon Huber announced he was going to deliver a one-time batch, we were on it. Just as the Four Kicks Limited Edition Mule Kick 2012 arrived, so did they quickly depart (sooner if we had not implemented a walk-in-only purchasing requirement). In fact, we were only one of 30-odd shops across the country to carry this cigar. What separates this blend from the normal-production FKs is that the wrapper is darker than normal and CH and their producer, La Alianza (EP Carrillo fame), added a touch more ligero to enhance the body. This was a winner and our market loved this cigar. 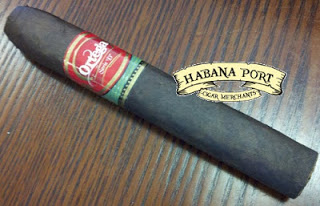 Dimensions: 5 1/2 x 50rg
Country of Origin: Nicaragua
Wrapper: San Andres Maduro
Eddie Ortega has a long history with the cigar industry (former owner of 601 and other brands) and when we learned he was forming Ortega Cigar Company, we at HP jumped on it. We were the first tobacconist in Louisiana to carry Ortega and their first line, the Serie D Maduro, was very well-received. Manufactured by the Garcia family’s My Father Cigar Factory, the rich, sweet and dark wrapper of this blend makes for a tasty experience. Not overbearing, this blend has a complex yet clean profile. The No. 8 was one of their best-sellers for us.
No. 7 – Viaje 5th Anniversary 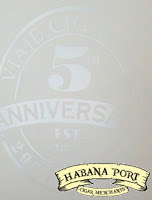 Viaje made its introduction to the cigar world five years ago. Brand owner Andre Farkas released a blend worthy of this milestone. A large double perfecto and adorned only with a simple embossed white band, this cigar is perhaps his finest liga to date in our opinion. Layers of silky cream and cocoa coat the smoker’s palate as this cigar is burned. We are down to a few singles so hurry in to try this once-in-a-lifetime cigar while you can. 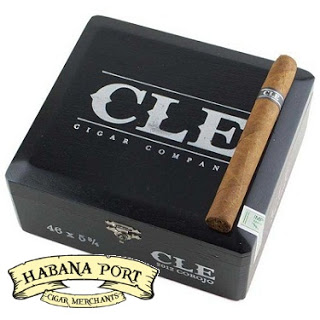 Christian Eiroa is back, baby. After his non-compete clause expired with Davidoff (remember, he sold Camacho’s portfolio of cigar brands to the Swiss), he got back into the cigar production side of this business but now he is employing a small-batch philosophy. His Corojo line has been a big hit and we at HP feel that the Corona is smoking the best (and nicely priced at the $6 range) although the 60x6s are selling slightly better. Very balanced, the cigar has a complex yet very clean taste. 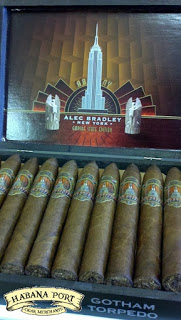 Made initially to help the New York market because of their high 75% tobacco excise tax rate, the Alec Bradley New York blend is made with Criollo ’98 wrapper and binder both of which are grown in Trojes, Honduras.  The filler tobaccos hail from both Honduras and Nicaragua. The NY is actually a cross-breed of their famous Prensado and Tempus lines. About a medium to full bodied smoke, this cigar was a big hit when we were the first in LA to bring it in back in June. Each box is adorned with the Empire State Building on the band done in an art deco-style and Gotham feel. Dark Knights beware. 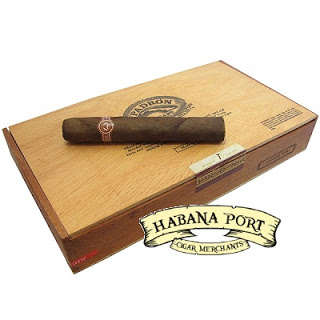 Dimensions: 6 1/4 x 60rg
Country of Origin: Nicaragua
Wrapper: Nicaragua
The 7000 Maduro is Padron’s 60 ring gauge vitola and surprise, surprise…this has been our best-selling facing from the Cuban family for 2012. This Maduro exhibits sweet, toasty notes and has a dark espresso component to it. We also agree with our customers that this was one tasty burger.
No. 11 – EP Carrillo The Inch Maduro No. 64 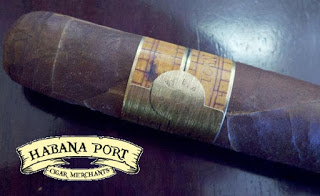 Remember La Gloria Cubana Serie R? Ernesto Perez-Carrillo created this line years ago but now that he sold that brand to General he was lacking a cigar with the same philosophy. We feel the Inch cigar that he released this past year is a throwback to that old standard but we feel this is a more beautiful blend. An old-school ruler sets the backdrop for the cigar band and underscores the fat ring gauges of this line. The No. 64 Maduro has been flying off the shelves and EPC even had backorders for a while on this vitola signaling that many other cigar shops across the land experienced strong sales on it too. 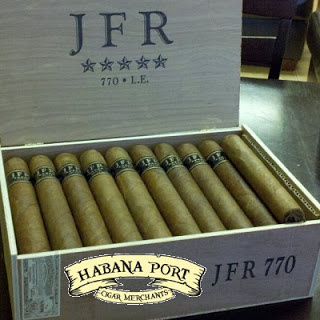 Casa Fernandez pushed the envelope of super fat ring gauges with the JFR 770 L.E. We were not only shocked with the dimensions but with the price point (a mere $8.69 in Louisiana). We were hesitant to bring many boxes at first because we did not think this format would sell. Were we wrong! The market’s insatiable demand for this vitola amazed us and we quickly had to re-order to keep our humidor supplied. The 770 (or as one customer lovingly referred to it as the Ron Jeremy) actually has a very clean taste and is not strong. We’re sure now that this hedgehog will stay with us for a while and it earned this year’s number 12 spot on our list. 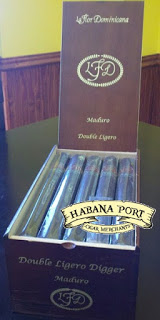 Dimensions: 8 1/2 x 60rg
Country of Origin: Dominican Republic
Wrapper: Ecuadorian Sun Grown
This is the beast from LFD that has been taking the cigar world by storm. A monster 8.5 by 60, this format and this blend make the experience one that should be reserved for strong and full-bodied pros. This vitola was actually our best-selling cigar from La Flor’s portfolio. It was tough to choose just one LFD on our list because we personally loved the Limitado Vs this year but had to put the Digger Maddie based on strong sales.
No. 14 – Perdomo 20th Anniversary Sun Grown Epicure

Dimensions: 6 x 56rg
Country of Origin: Nicaragua
Wrapper: Nicaraguan Sun Grown
In honor of 20 years of cigar production, the Perdomo family has released the Perdomo 20th Anniversary cigar line. We brought in both the Sun Grown and Maduros and we felt the SGs just wowed us. We especially enjoyed the Epicure. This toro-sized smoke exhibits light coffee and earth tones and is solidly-constructed. The wrapper on this line has been aged about 6 years and then fermented an additional 14 months in Bourbon barrels thus explaining its smooth character. It is a Nicaraguan puro.
No. 15 – A. Fuente Gran Reserva Natural Canones